NARPM® membership has been divided into several regions to better service NARPM® members and the chapters. A Director on the Board is assigned to each region as a Regional Vice President (RVP). In conjunction with the National Chapter Support Manager, RVPs work with the chapters in their region.

In 2013, NARPM® updated the regions for 2015 due to our ever-growing membership to ensure the regions could service NARPM® in the future. These regions went into effect January 1, 2015. 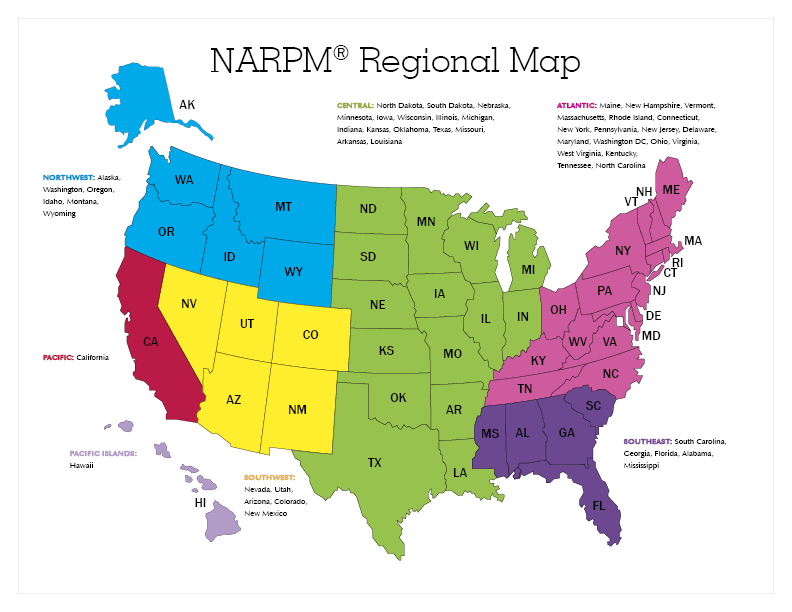